from TRANSFICTION by ELLEVEN 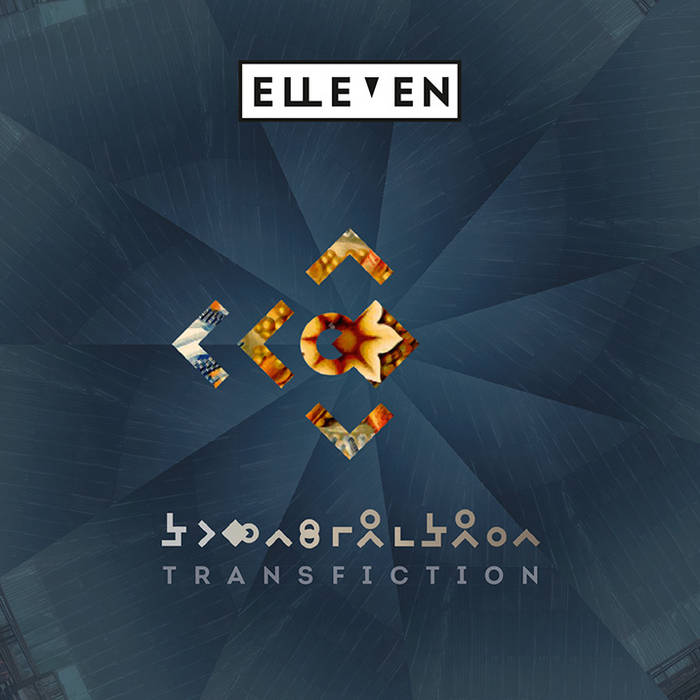 some careless words and hopes, just play hide and seek
your ego at the wheel of a sinking ship
this friendship of destruction, crushed at last,
we’re gathering the shards, leaving mental scars
faith needs blame and a sacrifice
sinless stones in a senseless fight
what means trust at all
if we keep our eyes closed anyway?

erecting walls, painting signs
lock the door, drink some wine
no way out, and there’s no way in trapped yourself in this labyrinth
you just tried with no compromise
keep dreams tight, try to stabilise
what you build up, where you’re caged in
each and everyday

try to treat you like an innocent child.
try to get through to you, please don’t try to hide
breakup and drain the cup or open the door that you have shut
drown in the sea of trust, just try to swim, you won’t get lost
you won’t get lost

Elleven was founded in 2001, from former "Chandelier" drummer Tom Jarzina, Stephan Scholz and Julia Graff. Soon after we were joined by Armin Riemer (keys, "Brainside") and Carsten Hütter (git). In 2007 we released our first album "insight" together with bassist Roger Weitz (Flying Circus).
At the moment we’re working on our second album together with a new drummer – Herry Rubarth (Chandelier) ... more

Bandcamp Daily  your guide to the world of Bandcamp

Featuring appearances from Kari Faux, Bluestaeb and and interview with NY-bred artist Wiki